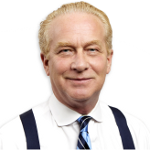 Buddy earned both his B.S. and M.S. from Virginia Polytechnic Institute. In 1979 he received his J.D. from T.C. Williams School of Law and was admitted to the Virginia State Bar the same year. He has been admitted to all State Courts of Virginia, the United States District Court (Eastern and Western Districts) and the United States Fourth Circuit Court of Appeals. In 1979 Buddy began 15 years of public service employment with the Commonwealth Attorney's Offices of both the County of Henrico and the City of Richmond where he served as Commonwealth's Attorney and as Assistant United States Attorney. He was one of the original prosecutors in the Commonwealth Attorney's first Multi Jurisdictional Grand Juries that investigated nationwide drug cases, drug gangs and murder gangs. Buddy joined the firm in 1994 and became a partner in 1998. He is currently a member of the Virginia State Bar, the Henrico Bar Association and the Virginia Trial Lawyers Association. He is a former member of the Richmond Bar Association and served as President of the Richmond Criminal Bar Association. Buddy's emphasis is on personal injury, criminal, and traffic defense.