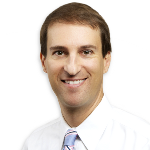 Peter earned his B.A. from Denison University in 1989 and his J.D. from the T. C. Williams School of Law at the University of Richmond in 1992. He has been admitted to practice in all courts in the Commonwealth of Virginia, as well as the United States District Court (Eastern District of Virginia) and the United States Court of Appeals (Fourth Circuit). Peter began practicing law in 1992 and spent 12 years in public service. After spending two years as an Assistant Public Defender, Peter prosecuted for two years in the City of Petersburg and served as an Assistant Commonwealth's Attorney for eight years in Henrico County. During his 10 years of prosecuting, Peter was appointed as a Special Assistant United States Attorney and handled complex Grand Jury drug investigations and felony and misdemeanor cases of every variety. Peter joined the firm in 2006 and became a partner in 2015. Peter's practice concentrates on defending criminal and traffic cases, as well as representing plaintiffs in personal injury matters. He is a member of the Virginia State Bar Association, the Richmond Criminal Bar Association, and the Henrico County Bar Association.